The Life Size Nutcracker is one of the most recognized holiday characters, and our jumbo nutcracker figures will command attention to your display. These colorful fiberglass statues are molded into the shapes of kings, soldiers and other powerful medieval people. We offer nutcracker displays in several sizes, including small 3-foot nutcrackers, 6-foot nutcrackers and giant 12-foot figures that are larger than life. Kids, customers and neighbors will go nuts for your new decoration as it lords over the courtyard. Use them indoors or outdoors when you need seasonal royalty. 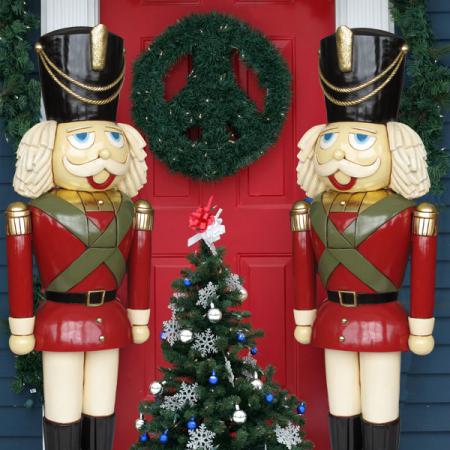 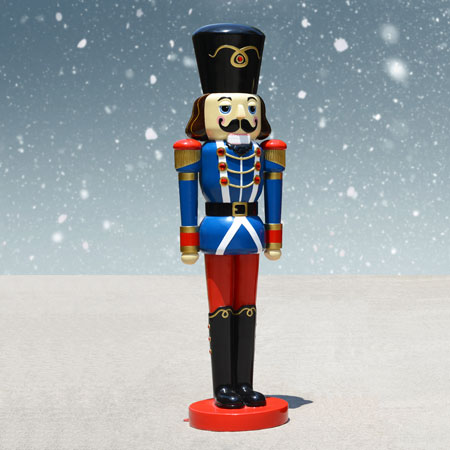 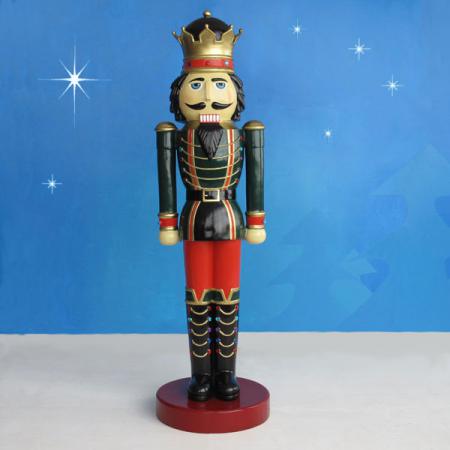 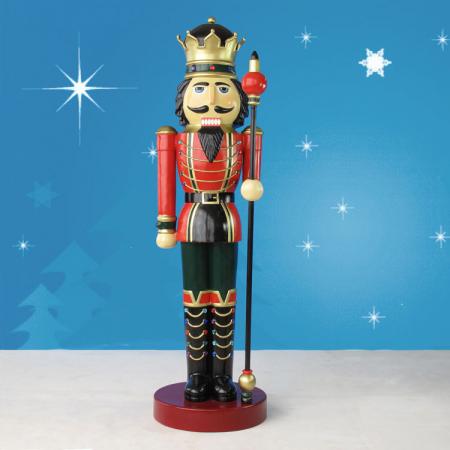 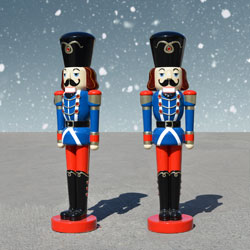 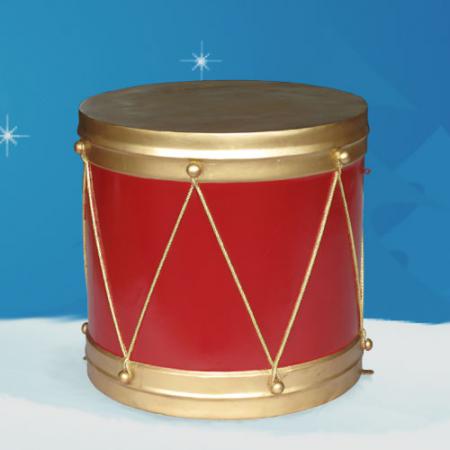 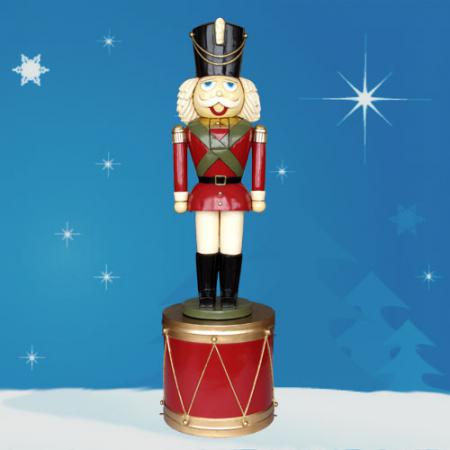 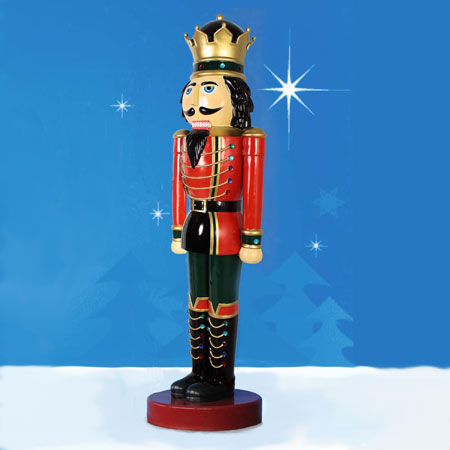 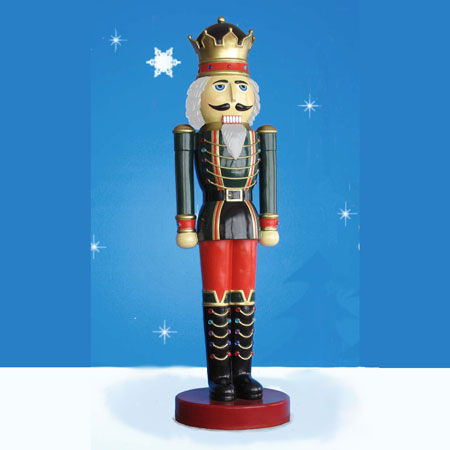 History of the Nutcracker

Nutcrackers are most closely associated with the Christmas season, for which they are considered a traditional symbol. The original Christmas nutcrackers first appeared in Germany and were thought to guard the household they were kept in because of their strong appearance. Since their inception, nutcrackers have been made of wood, though modern designs are introducing all-weather materials, such as fiberglass.

It is true that early nutcrackers were whittled from wood and were artfully designed. Some nutcrackers appeared with the heads of men, animals and other objects. But typically, the nutcracker had a set of handles and at the top a cracking mechanism, and that was it. Once, harder metals were introduced, nutcrackers were also ornately fashioned from metal, but not as affordable to the lower classes.

In the late 17th century the nutcracker was transformed into a doll that still functioned as a nutcracker. However, the nutcracker wasn’t a giant nutcracker, as we see more of today. And although some were kept in gardens amongst the gnomes as an outdoor nutcracker, they still weren’t life size nutcrackers, but rather hand sized. It was at this time as well, that the nutcracker took on more of a whimsical toy solider appearance with bright colors and embellishments.

Christmas Night Inc. carries a large selection of nutcrackers and nutcracker soldiers to choose from. They are made of chip resistant materials and are suitable for indoor or outdoor use. Fiberglass nutcrackers are lighter than their wooden counterparts, making them easier to ship and easier to arrange in your holiday display. An outdoor nutcracker can adorn the entry ways into any household, or store front. And make a great addition to all Christmas décor.

After appearing on stage as a life size nutcracker, in the ballet The Nutcracker, the nutcracker transformation continued. It is possible that once the ballet became more accepted, that the concept of a giant nutcracker, became a part of the holiday season. Because the Nutcracker Prince came to life on stage. Many nutcrackers were fashioned into known leaders, celebrities, and historical figures. But mostly into the whimsical toy solider that many of us recognize today, with a bright colors and embellishments.

Christmas Night Inc. manufactures nutcrackers in a variety of styles and sizes, ranging from petite figures of less than 3 feet to a giant nutcracker towering over 12 feet high. The incredible selection of styles and sizes make nutcracker decorations a great solution for businesses, homes and shopping centers.

High-quality holiday decor is easy to find when you shop at Christmas Night Inc. We carry all of the latest styles of nutcrackers, ranging from traditional soldiers to kings and more. Our impressive selection, competitive prices and fast shipping options make finding the right addition to your holiday display easier than ever. Shop today for a great selection of oversized nutcrackers and make your next holiday the best it can be.